For the first time in my life, I feel strong.

When Nina, a 37-year-old mother of two, began her fitness journey in December 2016, she weighed in at 165 lbs. There wasn't any special event or big moment that led her to make change, just a sweater that didn't fit anymore.

"During the holidays, I put on this baggy sweater — I wanted to hide my body — and when I saw it didn't even do that anymore, I knew I had to take charge," Nina recalls.

Motivated by her frustrations, Nina vowed to get her act together. She stopped yo-yo dieting, found a personal trainer, and started logging her food intake. While Nina had a weight goal in mind, her history of failed diets told her that she had to find more performance-based ways to measure her progress, like doing a push-up and a pull-up.

When Nina began beta testing with Naked in April 2017, she had already lost 20 lbs. At her most recent check-in, Nina was below 125 lbs. Even more impressive than her weight loss are the changes in Nina's body composition — she's dropped 13% body fat — and her newfound physical abilities. 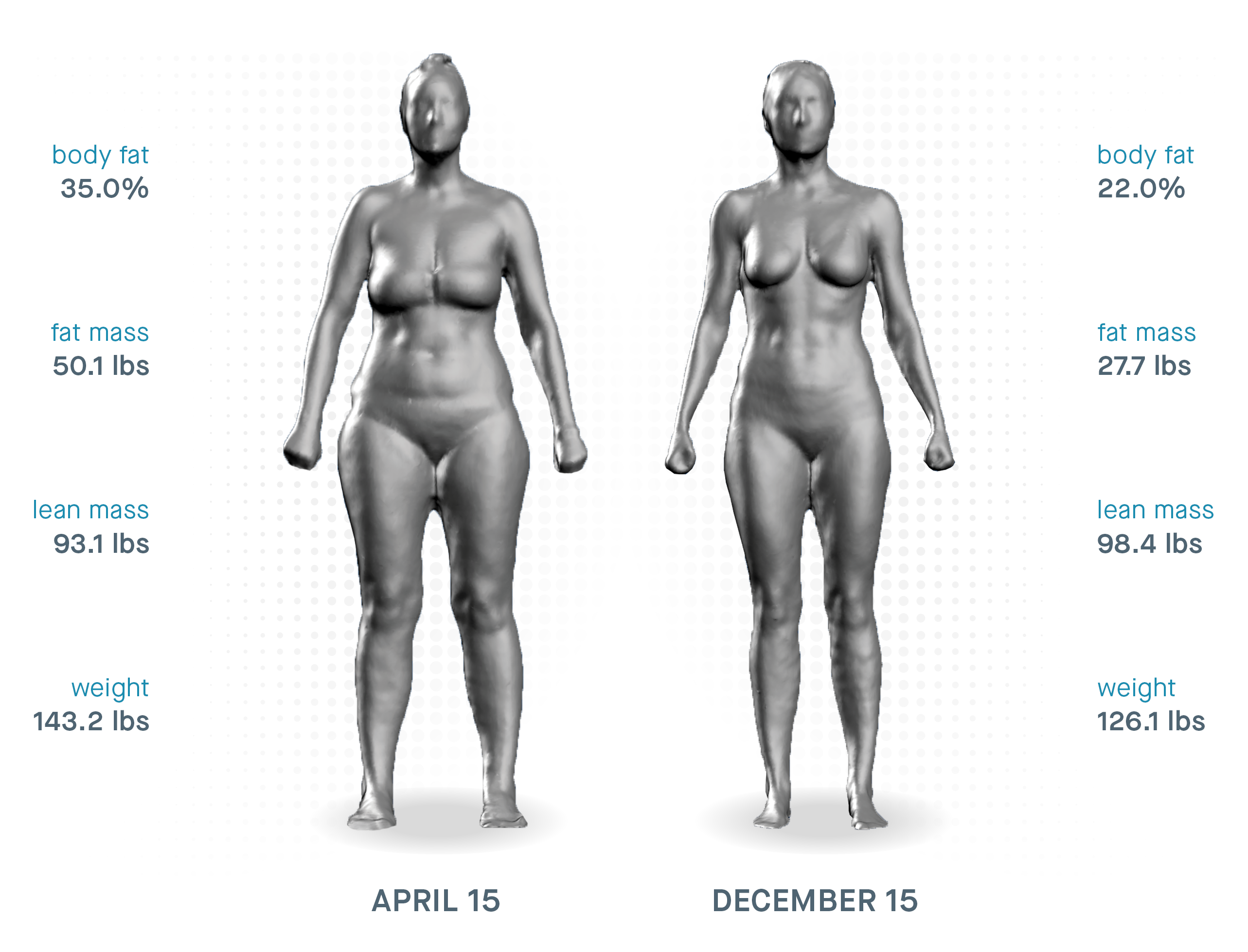 Slow and Steady Wins the Race

Nina's approach was to make small changes, set achievable goals, and focus on consistency. She started with personal training sessions, then implemented food-logging, then added bootcamp classes and step-tracking with her Fitbit. She’s just now beginning to focus on increasing protein and water consumption. Nina compares her fitness journey to yoga practice: "When you start doing yoga, the poses feel easy or hard. But over time, things start to click and you can flow. The same things happens with weight loss – if you stick with it you’ll get there. It just takes time."

Nina’s goals are ever-evolving. When she first started, she wanted to hit a weight goal. When she had achieved that, she switched gears and focused on building strength – now she can do more than 10 push-ups in a row (and tricep push-ups at that!). Having well-defined, acheivable goals kept her from focusing only on the end-state and getting discouraged.

Keeping Track to Stay on Track

I have always heard that you can’t just diet. That it’s a lifestyle and commitment – I struggled to understand that at first.

One of the keys to Nina's success was her unwavering commitment to tracking her calories. Logging meals means she didn’t have to follow a regimented diet or heavily restrict her eating, she just set a calorie limit and worked diligently each day to stay below it. There was no 'punishment' for eating 'unhealthy' foods or for having a glass of wine. Tracking calories offered her transparency and accountability – for the first time in her life, there was no pretending, rationalizing, or hiding.

By choosing to follow the old calories-in/calories-out adage, Nina avoided the pitfall of making certain foods as 'off-limits,' which often results in falling off the wagon – and falling off hard. Now that she's in maintenance mode, Nina still tracks her calories. Each day provides her with a new opportunity to succeed, and these small, daily wins are what lead her to long-term success.

Nina was never very active as a child. She tells the story of spending a summer with her grandparents in Austria when she was 7 or 8 years old, eating her Oma's homemade cakes and pastries. At the end of the summer, when her family came to pick her up at the airport, she had gained so much weight that her mother didn't recognize her at first — the sting has followed her into adulthood. "I'm motivated by my own daughters," says Nina, "I want them to see me as a model, and to show them that living an active lifestyle can be fun." 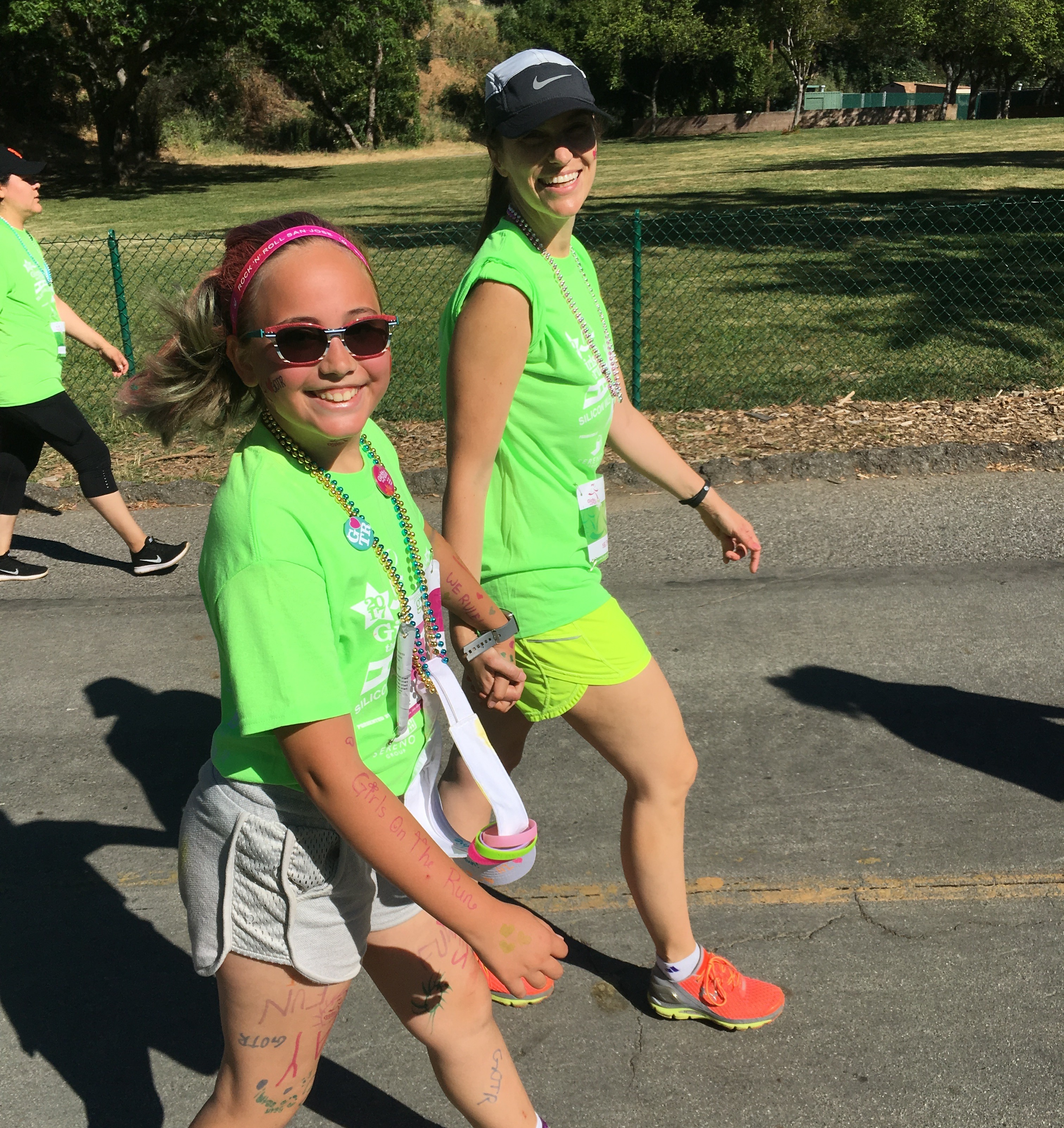 Nina may have found excuses to avoid workouts a year ago, but now she prioritizes her bootcamp classes and personal training sessions, just like she does work and parenting. Her physical abilities keep growing, she can do pull-ups and even handstands, but Nina still struggles to see herself as 'fit.'

Getting comfortable with myself in a different body has been a slow process. You're still the same person on the inside, even if the outside is different.

During a recent bootcamp class Nina saw two first-timers at the back of the room, and she still identified with them — feeling insecure, like a 'newbie.' After the class they came up to her and asked if she was a personal trainer because they were blown away by her ability to socialize while planking. Her transformation finally sunk in when a friend told her that she found her story inspiring — Nina's perception of her self shifted from the chubby little girl to the strong, athletic woman. 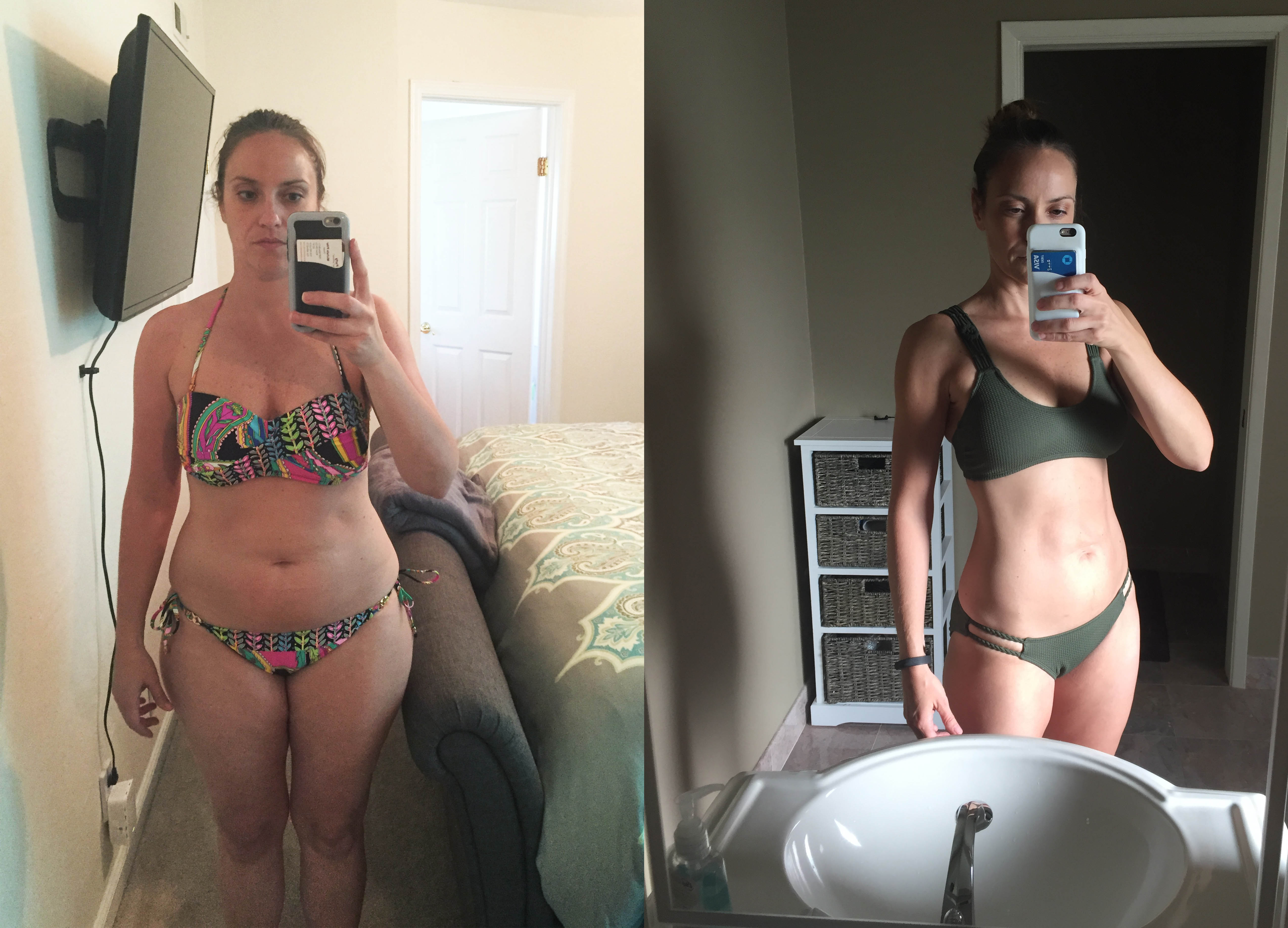 While Naked can take precious little credit for Nina’s progress, our team has been thrilled to track her changes through 3D scans. In her last couple visits, Nina's weight hasn’t changed much, but her body has. As a self-critical and highly visual person, she finds that her body model reveals things she might otherwise overlook, especially as she aquired new physical abilities.

Over Naked's nine-month Beta program, Nina lost ~22 lbs of fat and gained ~5 lbs of muscle, mastered countless skills in the gym, and formed a new mental model of herself and her body. Now, she's tacking her next goal with confidence — rooted in the knowlege that given enough time and determination, she will meet it.

I needed to get into a mental headspace to be committed and dedicated. I think it was the Beta Program that did it. I didn’t want to let Naked down. Now I can't imagine a different lifestyle. 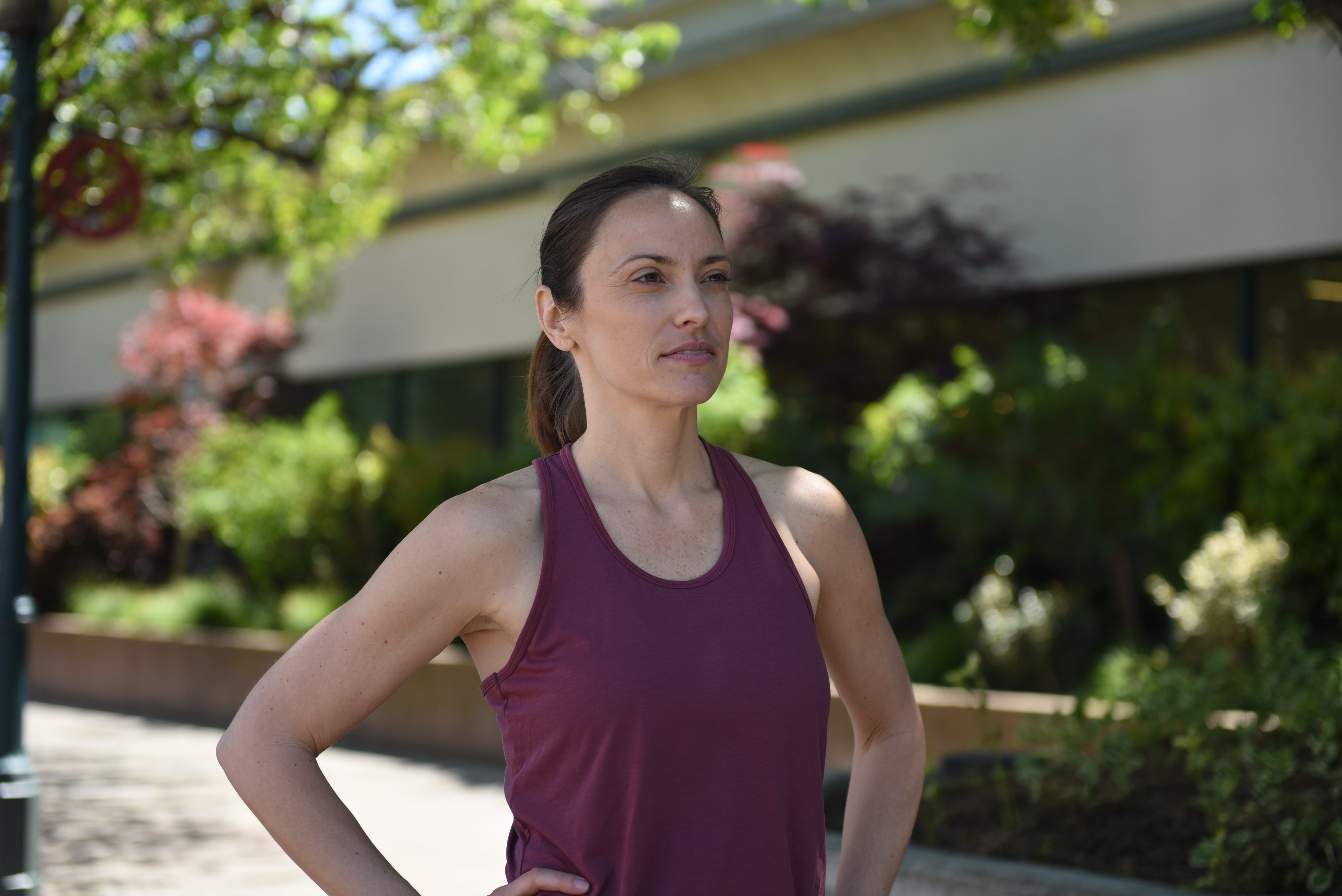